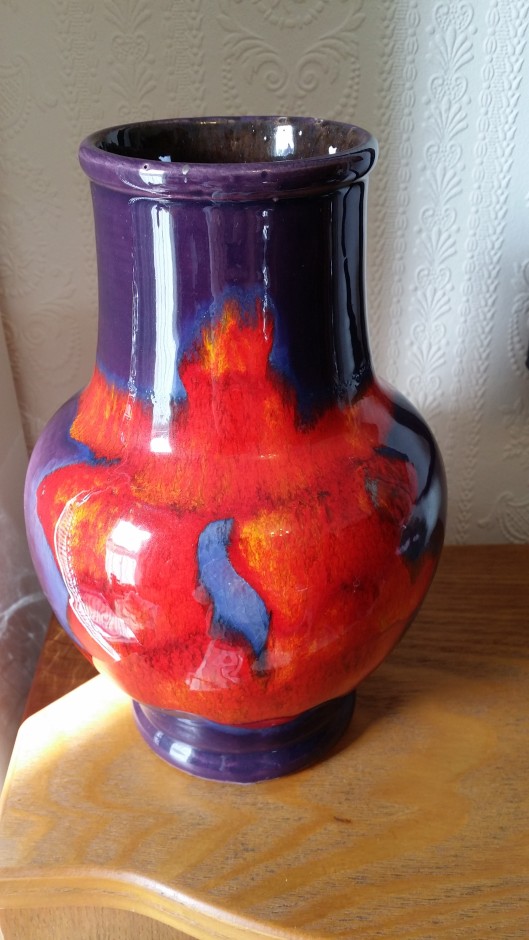 There it sat, in all its hideous glory,

It was a product of the swinging sixties,

An affront to pottery, a frivolous folly;

a vase of distinction, all in the worst possible taste.

Not Spode, Wedgewood or even Pearsons,

She bought it from the market,

proudly placed on top of the mdf bookcase

Moved from shelf to side, hidden,

it was always restored to centre stage.

Too overpowering to hold delicate blooms,

too selfish, not wanting to be outshone,

it beamed and blinked on the mantle,

in the flickering light of the TV.

always her pride – in the room left for best,

locked away, denied, a taboo.

revived, the story of Grandma’s vase,

it sees the light of day, and has its place in the sun.

Handed to me, a keepsake, a memory,

an heirloom from Chesterfield market,

a model of perfection – ahead of its time. 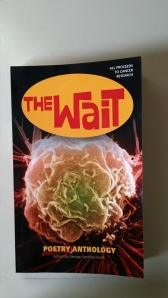 From the fall of Troy to the Martian sands, and from microwaves to mammograms, The Wait is a collection of one hundred poems covering a swelling gyre of human, and sometimes less human, experiences, from previously unpublished poets to established veterans of the literary world. The profits from the sales of this independently published volume will go entirely to Cancer Research.

I have a poem, ‘Circle Dance’, in this anthology. Why not treat yourself to a copy. Proceeds go to Cancer Research 🙂

You can purchase a copy by clicking on the link below 🙂